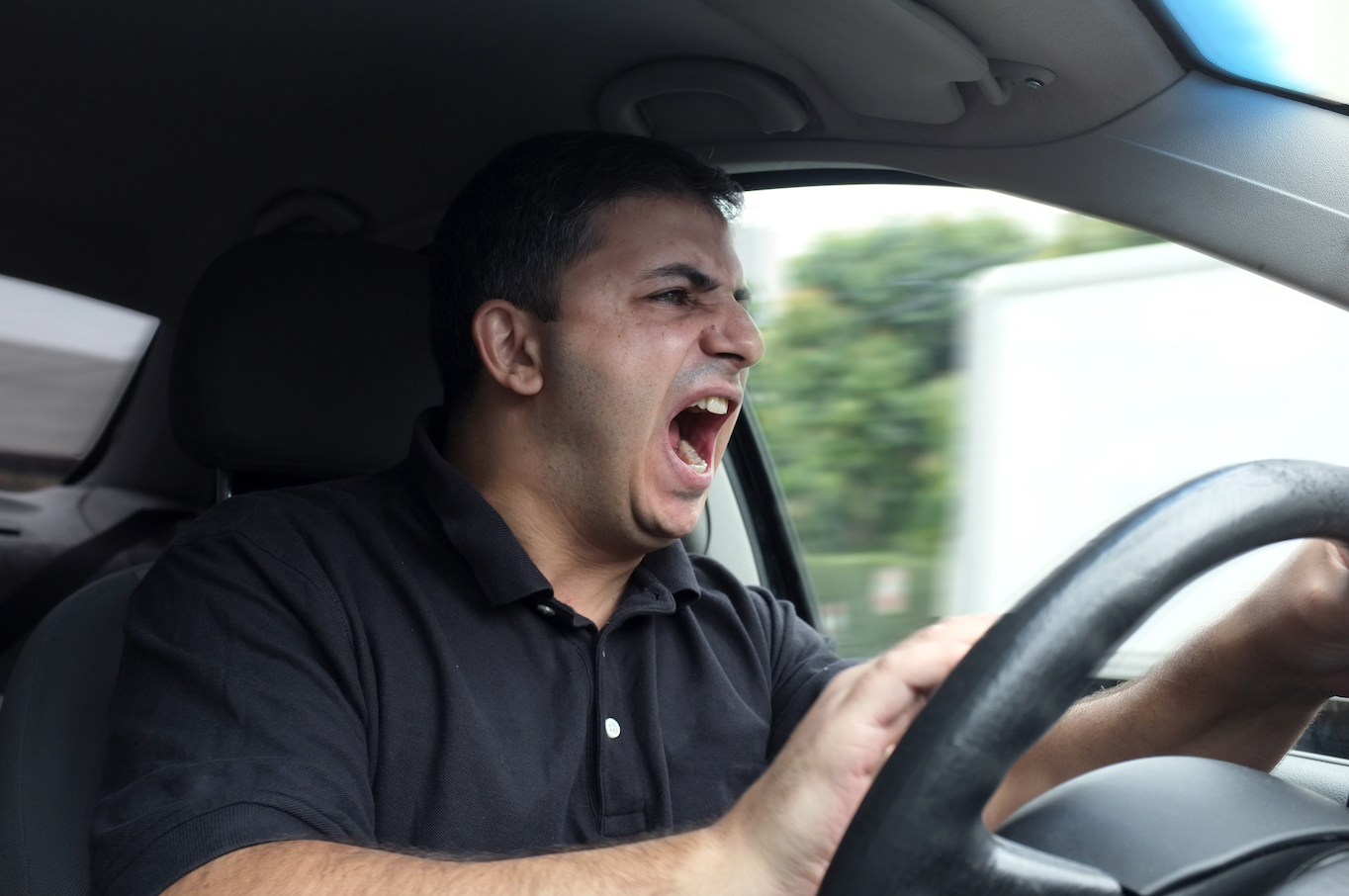 They also define aggressive driving as:

“When individuals commit a combination of moving traffic offenses so as to endanger other persons or property.”

At this point, there seems to be no official definition of road rage that the public agrees upon. There is also confusion about how it differs from aggressive driving. People drive aggressively for a variety of reasons. Sometimes they tailgate, make improper lane changes, and other moving traffic violations because they do not have enough time to reach their destination safely. Others tailgate out of habit regardless of their state of mind.

However, people also have a tendency to drive aggressively when they lose their temper. Furthermore, it is this loss of temper that causes aggressive driving to escalate into acts of road rage.

The driver who is predisposed to road rage can be triggered by a number of incidents. Including obscene gestures from another driver, being tailgated or cutoff in traffic by an aggressive driver, or someone who refuses to move to the right to allow him to pass, and so forth. When triggered, they feel the need to get even or to teach the other motorist a lesson. They may do this by chasing the other driver, deliberately cutting the other driver off, or tailgating within inches of the car. Sometimes the enraged driver may even deliberately hit or side swipe the other car.

People who commit acts of road rage tend to freely vent their anger at home and at work. They also view driving in terms of their own rights and freedoms. Rather than as a communal activity where drivers must accommodate each other in order to get to their destinations safely.

Injured in an Accident? Contact a Car Accidnt Lawyer Today!

Although there is still a lot of confusion about the differences between aggressive driving and road rage, they are both deadly practices that can kill both the perpetrators and innocent victims. When encountering an aggressive driver, do not gesture, make eye contact, or try to retaliate. Instead, accommodate the driver by getting out of his way. Control your emotions and behavior so that you do not end up committing acts of road rage yourself.

Exercise patience and tolerance for motorists who drive or react too slowly or who drive in ways that do not conform to normal traffic behaviors. Never forget that when you are sharing the road with others, you are part of a community.

If you are an Orange County car accident victim because of another’s aggressive driving or road rage, contact us at Silverthorne Attorneys for a free consultation.