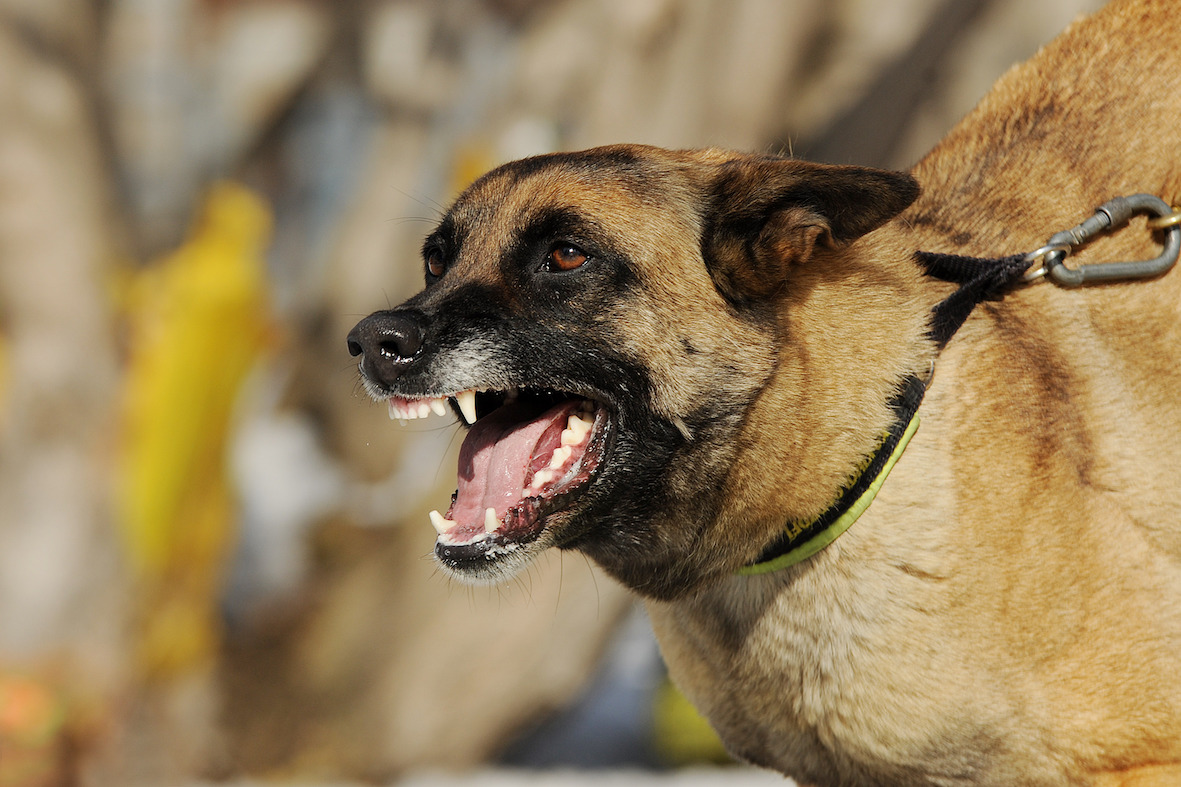 Regardless of their breed, size, sex, or age, nearly all dogs will bite under the right circumstances. by understanding the reasons why they do this, you can avoid becoming a Fontana dog bite victim. Our dog bite attorney has put together a list of some of the common reasons dogs bite.

Dogs that are not used to encountering people in a variety of situations are more likely to become fearful and stressed when approached by a stranger. They can be startled by quick movements or behavior that seems aggressive to them. This includes bringing your face close to the dog’s face as well as direct and prolonged eye contact.

Protectiveness comes in many forms such as protecting a toy, its food, a family member, or territory such as its house and property. a Mailman can elicit this response in a dog because he returns to the dog’s territory on a daily basis. This reinforces the dog’s aggressiveness because its territory is being continually violated.

Pain can cause even the most easy going of dogs to bite. in addition, disease such as rabies will also induce aggression.

Dogs and wolves exhibit similar pack behavior. When dogs are in packs and sense weakness, they may instinctively chase and even attack a person. Running away from a pack of dogs can cause them to give chase or attack.

A dog will sometimes vent its aggression on a person even though it was triggered by another source. One common example of this is attempting to separate two fighting dogs and getting bitten in the process.

The dog’s owners and immediate family are usually the victims of this type of aggression. in this situation, the dog is acting as though it is the alpha male of its human family. It believes that it is the boss and will express its displeasure with certain actions by growling or biting. These actions can be anything that disturbs it such as moving it out of the way, petting it, picking it up, or getting too close to it when it is feeding.

If you are injured from a dog bite, don’t hesitate to contact us for a consultation. A dog bite attorney in our office will work exclusively for you. We will never side with the insurance companies.